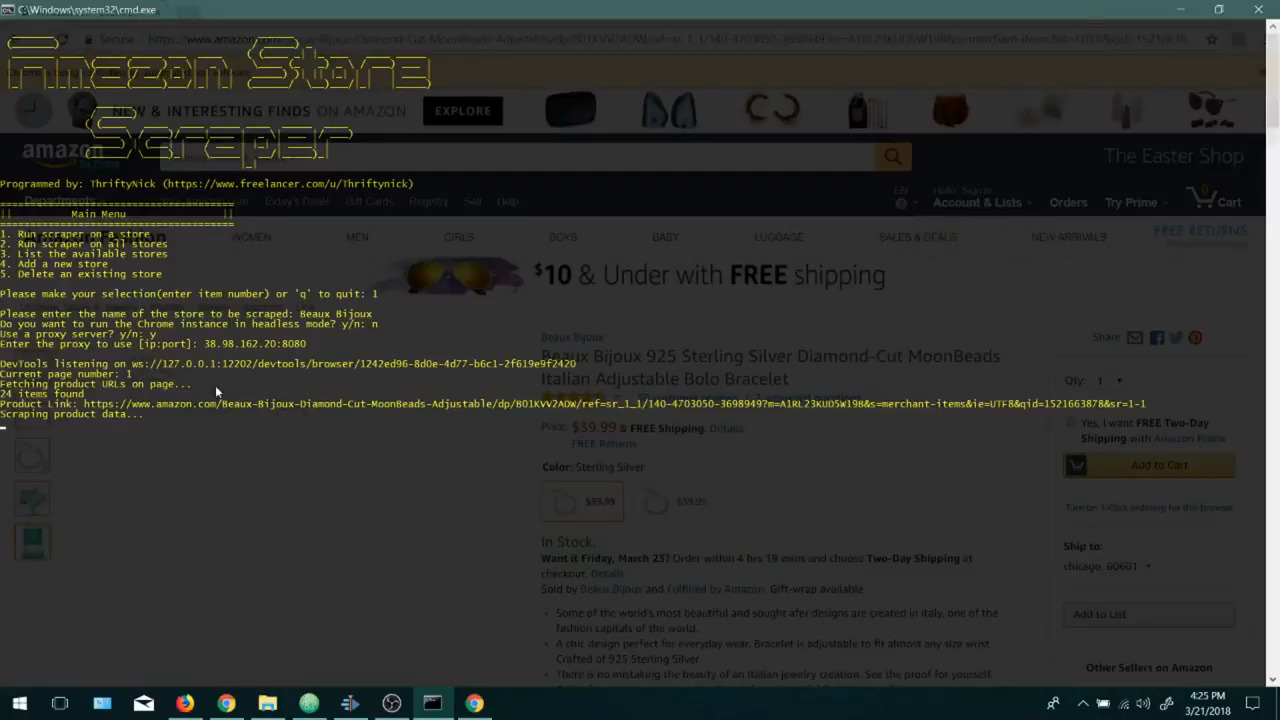 I used to do webscraping jobs using PHP.  I did around 5 or 6 jobs and started out on a couple of basic websites that could be scraped using PHP’s built in HTTP request functions.  Then I found out that a lot of sites use frontend frameworks to dynamically generate content.  Much of this JavaScript is also minified and obfuscated.  I needed something more powerful than a basic HTTP scraper to scrape these sites.  So I learned browser automation using PHP Laravel Dusk with Chromedriver.  This tool is part of the Laravel web application framework and is intended for testing your own web applications.  Obviously it can be used for many other purposes including webscraping.  It can also run in headless mode, which I’ve also used to set up a scraper to run on a cron job on a Digital Ocean VPS (my last job which I failed to deliver on.  More on that below.).

The reason I got into webscraping was because one of my strong areas is parsing and processing raw data.  I enjoy the challenge of “solving the puzzle” using logic and algorithms.  I also figured it could be something to do on the side as I’m learning the latest tools for web development.

The problems I ran into, and the reasons I no longer do webscraping are as follows: